The round table, organized as part of the AICA International webinar series, will help to answer vital questions, such as: What role does 1989 play in the critical discourse in Central and Eastern Europe (CEE)? What kind of exchange took place among critical writing and discourse across CEE? What does critical writing on art and culture have in common across CEE, and what are the (local, national) differences? How has critical writing transformed with communication technologies and social media? How has critical writing engaged the dangers of impending new authoritarianism in CEE? Has critical writing engaged in the production of a new political economy after 1989? How has critical discourse engaged in the production of new collectivity (within and beyond the circuit of art? Is it possible to name dominant themes, styles, positions in critical writing on art and culture in CEE after 1989? How has critical writing after-1989 envisioned the position and place of CEE in the world? Have the dichotomies of the second half of the twentieth century (such as East vs West) continued shaping the conversations? How has critical writing on art and culture in CEE engaged with the discourse on decoloniality, racial capitalism, extractivist capitalism, logistical capitalism, ecological sustainability, etc., which dominate the global conversation on art’s engagement with the urgencies shaping the world today? Asking these questions is vital for the intellectual development of our region, its self-awareness, and the decolonization from the (so-called) Western culture.
Participants: Dorota Monkiewicz (AICA Poland), Jana Geržová (AICA Slovakia), Marta Smolíková (AICA Czech Republic) and Attila Horanyi (AICA Hungary). Moderator:
Arkadiusz Poltorak (AICA Poland).
Project co-ordinator Malgorzata Kazmierczak (AICA Poland).
The project is co-financed by AICA International and the Governments of Czechia, Hungary, Poland and Slovakia through Visegrad Grants from International Visegrad Fund. The mission of the fund is to advance ideas for sustainable regional cooperation in Central Europe.

Common Position of the Boards of AICA’s Regional Sections in the Czech Republic, Hungary, Poland, Romania and Slovakia Regarding Russia’s Invasion of Ukraine and Support for War Victims

The Boards of Regional Sections of AICA in the Czech Republic, Hungary, Poland, Romania and Slovakia strongly condemn all acts of military violence undertaken on Ukrainian territory by the forces of Russia and Belarus. We also declare solidarity with the victims of the onslaught and look with hope at their heroic defense of their country. СлаваУкраїні! Glory to Ukraine!

At the same time, we appeal to all artists, cultural workers and institutions in the region, but also in all other democratic countries, to take immediate steps within their capacities to support the citizens of Ukraine and their culture. The hospitable attitude of each and every one of us – as individuals – is crucial in the face of the influx of refugees from lands affected by the tragedy of war. Institutions can also do plenty on their own part. Organizations that already engage in ongoing humanitarian assistance to war victims should become role models for galleries, museums and festivals across Europe. We also support public and private actors in the cultural sector who cease all forms of support for the Moscow regime and its allies. In the face of the war declared by Russia, it is unacceptable today to cooperate with the country's state institutions as well as the oligarchs who support President Putin's actions, nor to accept the presence of Russian representation at international art events.

A discussion in English, to mark the publication of the third volume in the series, Art Critics of the World, jointly published by AICA Press, Paris and Les presses du réel, Dijon.

Featuring a dialogue between Andrea Euringer Bátorová (AICA Slovakia), whose review of this publication, in English, appears on AICA’s website (International News), by kind permission of the author and ARTMargins (5 February 2021) and the AICA member (Slovakia), Daniel Grŭń.

Andrea Euringer Bátorová is Assistant Professor at the Institute of Cultural Studies, Faculty of Arts, Comenius University, Bratislava. Her research focuses on alternative and unofficial art and its societal contextualisation, between the 1960s and the 1980s, in Eastern Europe and, especially, in former Czechoslavakia. She has published extensively in this field, most recently in her books, The Art of Contestation: Performative Practices in Slovakia in the 1960s and 1970s (2019) and Art as Life and Life as Art: from Ready-Made to Street Art, Comenius University, Bratislava, 2020

Daniel Grŭňis an art historian, curator, writer and AICA member, working as Associate Professor at the Academy of Fine Arts and Design and the Institute of Art History, Slovak Academy of Sciences, in Bratislava. His conducts research in the fields of artists’ archives, the legacy of neo-avant-gardes, and contemporary arts.

He co-curated the international retrospective, Július Koller: One Man Anti Show in mumok, Vienna (2017). Recently he co-edited the volumes White Space in White Space, 1973−1982. Stano Filko, Miloš Laky, Ján Zavarský (Vienna, 2021), and was editor of Subjective Histories. Self-Historicisation as Artistic Practice in Central-East Europe (Bratislava, 2020). He is in charge of the Július Koller Society, lives and works in Bratislava.

N.B. This event will be recorded. 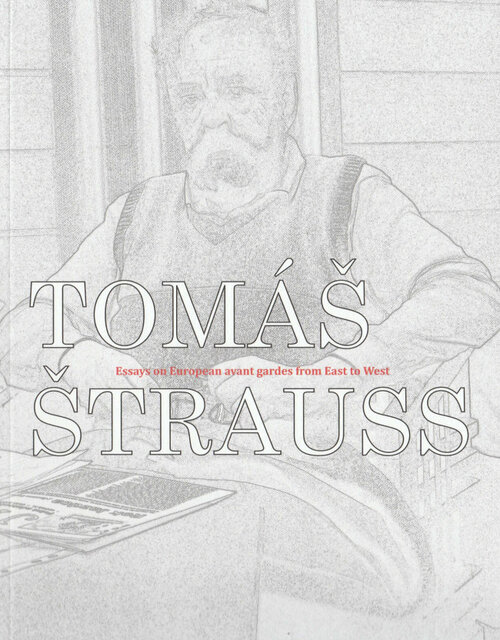 Thanks for participation at the XLVI. AICA International Congress Slovakia 2013

In the name of all XLVI. AICA International Congress Slovakia 2013 organizers. I would like to thank you very much for your active participation at the congress.

Our wish was to organize meaningful, incentive and memorable congress and to anticipate future possible discussions, cooperations and exchange.

All official photo documentation from the Congress is available at the moment at  AICA Slovakia Facebook account.

All recorded lectures and discussions will be available at two weeks on the website of AICA Slovakia.

It was my pleasure to meet you in Bratislava and Kosice thanks you very much for coming and i am looking forward to see you again! 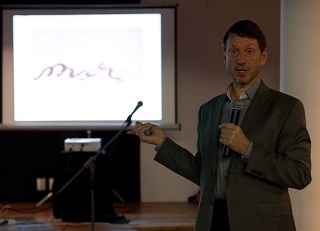 We are pleased to announce world famous French artist ORLAN as the evening headliner.

Would you like to participate at the XLVI. AICA International Congress Slovakia 2013?

We have EXTENDED REGISTRATION until 8th September.

If you have forgotten to register you still have a chance: http://www.aica.sk/participation.html

We are proud to inform you that the selection committee of XLVI. AICA International Congress Košice Bratislava 2013 selected for participation at the congress following art critics:

/The list of successful candidates is in alphabetical order/

Congratulations to the winners

Call for papers is now closed. Thank you to all authors who submitted an abstract for the Call for papers for the XLVI. AICA International Congress in Košice/ Bratislava 2013.

The results will be publish on the 15th May at our website  www.aica.sk.